It has been a while since I have posted anything and I wanted to take a moment to check in, give an update and perhaps, hopefully work towards getting things back on track.

Disclaimer: The below post is not intended for anyone under the age of 18. It describes in vivid, but not morbid detail my experiences in the first 72 hours and feelings regarding the recent loss of my Father. This post is also likely filled with typos since I use speech recognition software to write for me, I will fix the typos later.

A month ago today my Father passed away. He was 88, but relatively healthy and in overall decent condition for his age. He was staying at Northland LTAC and was being treated for “bed sores”. I received a call around 6pm on Aug 30th saying that my Father was “unresponsive”. Of course the first thing I thought of was that Dad was maybe being a little spacey, perhaps he was staring at a wall or half asleep. He was doing well for his age, but was a bit forgetful…. there were some signs of senility that would come and go. So I replied “What exactly do you mean unresponsive?” At this point the Lady on the phone says that his heart had been stopped for 15 minutes. I broke down in tears and nearly fell to my knees. She said they were giving him CPR and asked me if they should stop. Of course I was in no condition mentally, nor was I medically qualified to answer that. She passed the phone around to a few other people there, I told them I would leave right away and would be there in approximately one hour. Upon arriving there was no one there to greet me, or really provide me with any guidance or information. None of the people that were there at the time of his death were decent enough to wait until I arrived.

The little facility was nearly empty aside from a few nurses and that were walking the floor, I asked around was directed to his room. Upon entering what I saw was my father laying in his bed, sheet pulled up to his neck, his head slightly tilted back, mouth wide open, arms at his side. This was the his typical position when he would sleep, but he was not asleep, he was gone. I still didn’t know how to react, I was in shock and just cried – even looking at him laying there, it still was nearly impossible for me to believe that my Father was gone.

He was scared of death, it was something he always avoided discussing and I was fairly certain that he had made no arrangements. We finally tracked down a man, I believe he was a nurse team lead of some sort, he was nice but still was unable to give me much information or guidance. By this time it was 7:45 PM, and I was being asked by this nurse lead where I wanted my Father’s body moved. Of course I had no answer, still in shock and very unprepared. Even with my father being as old as he was, I mean 88 years is nothing to complain about if you look at the big picture some people do not live that long. However we never discussed it, it was difficult for him and me as well. Over the last decade my husband and I had mentioned to him on several occasions that it would be wise to make arrangements, but it just never happened. As one of my Father’s closest friend said “He was never very good at taking care of business”, as much as I love my Father I must admit that was an accurate comment.

Nortland LTAC had no morgue, nor did they have any place near by that would accept and store my Father’s body until arrangements could be made. They told me they could place them in air-conditioned room until the following day. So now not only am I dealing with lost my Father, but I’m frantically rushing in trying to figure out a place I can send him to that will care for his body and work with me to make final arrangements. It a rush against the clock before my Father staying there became a “Health concern”.

The next 48-hour’s were some of the roughest moments of my life. My Husband and I stayed up late that night searching the Internet trying to learn how the whole process worked, so we could try to make arrangements for my Father. I did not want to pick just any funeral home, I learned that it can be up to $5000-$6000 to transfer him from one funeral home to another. Since I was still unsure if Dad had made any real arrangements or not, I could not afford to make the wrong choice.

My Father’s caregiver found a folder, he had written on the cover with a sharpie marker “In case of death give to Christina”. Inside I found a receipt form a funeral home. I called the funeral home the next morning, it turned out that my Father had come in and picked out what he wanted, was given the written estimate which was what I had in my possession… a $12,000 estimate that he had never followed up or made any payments on. At this point I was back at square A, unsure what to do in well aware that the clock was ticking and time was running out. My Father was Jewish, I wanted to give him a proper Jewish burial and service, but simply did not have the kind of spare funds it would take to accomplish this on my own.

To make a long story short, the Jewish community of Kansas City stepped forward and helped make this happen. The people at Lewis Memorial Chapel in Kansas City Missouri explained to me that the Jewish community would be happy to assist in making sure that my Father had a proper burial. I admit I was skeptical at first, stressed-out and still in shock it was hard for me to believe. My family assisted with the cost, but with their assistance it took a great deal of the burden off me. My Father was buried Rose Hill, the Jewish cemetery in Kansas City Missouri beneath a large beautiful tree. He had a lovely graveside service on September 2nd, held by Cantor Sharon Kohn of Temple B’nai Jehudah.

For three weeks after Dad’s passing, it felt like I was walking around in a fog. I was the living dead, literally a zombie. I was functional, barely, I got up went to work, did the things I should, but I wasn’t really there. My oldest son who is now 17 was very close to my Father I knew next to myself this was most difficult for him. I cried mostly when I was alone, I tried hard to remain strong in front of my children. I simply tried to breathe, take it one step at a time, then one day at a time. My friends and family where huge help, they kept me company so I would not be alone and tried to help keep me busy.

A month has passed now, I feel that the fog has lifted a bit. I fight it mostly because I know my Father would want me to, he hated seeing me sad. I know that if I sat in the closet and stared at the wall all day, he would likely bitch at me to get off my behind and live my life. I’m not quite sure why I’m writing this and posting it publicly for the world to see. Maybe my friends will see it and learn to understand me a bit better, or perhaps someone will find it that needs to see it to help them cope with someone they may have cherished and lost. Not to say I’m over it, quite the contrary far from it. But with love, companionship, family, friends, hope and keeping a solid clear memory of the person you loved, as each day passes it gets a little clearer.

“Those we loved but lost are no longer where they were but are always where we are.”

This is still very difficult for me to write or think about, so I will end this here. I am working on a website (still in progress) in his honor, to display his artwork, his teachings, and his experiences. You may visit the site by going to http://www.kimswados.com.

Brightest blessings to you and yours. 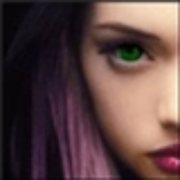 Google MobileGeddon: What you need to know!

How to select a web host

July 9, 2013
Check Also
Close
Get Social
WoW Ban Ends
Recent Posts
Recent Comments
Facebook Twitter WhatsApp Telegram
Back to top button
Close
Close
Close
Log In
Cookies are small text files that are stored on your computer when you visit our website. This information allows us to analyse our site traffic patterns and improve your experience. This is a private blog site not a business, hence we do not advertise, we do not collect personal information, or work with any third parties. The cookies we use do not contain chocolate chips, you cannot eat it and there is no special hidden jar.OkPrivacy policy